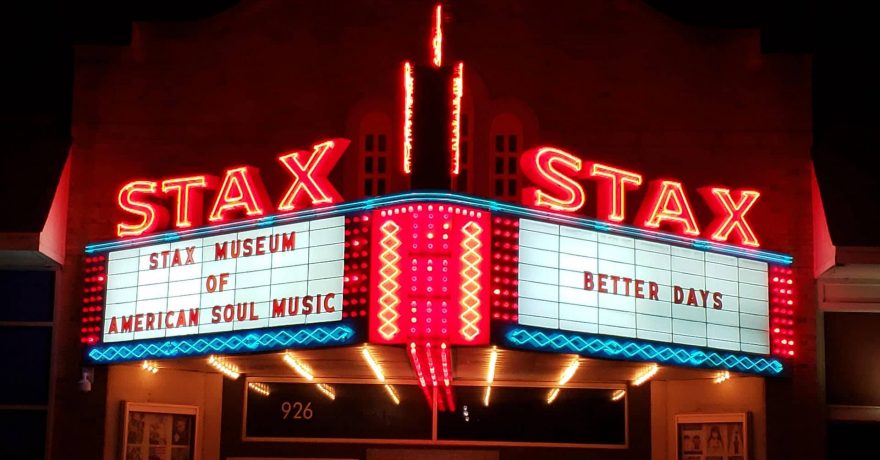 Memphis history is Black history, and there are so many places in the city to bring that history to life. Get up-close-and-personal with Black Memphis history at these locations in the Bluff City.

The National Civil Rights Museum
This museum, located at the Lorraine Motel, is an obvious must-experience in Memphis. American civil rights moments and movements, from slavery to Black Power and everything in between, are presented in engaging permanent and featured exhibits. The museum features more than 260 artifacts, 40 new films, oral histories, interactive media and external listening posts that guide visitors through five centuries of history.

I AM A MAN Plaza and Clayborn Temple
The 1968 Sanitation Workers’ Strike was crucial to the Civil Rights movement. Horrible working conditions – plus on-the-job deaths of two Memphis garbage collectors – led frustrated sanitation workers to strike. Marches and other protests took place around the city, and the protestors wore signs that read, “I Am a Man.” The strike led Dr. Martin Luther King Jr. to Memphis, where he gave what would become his final speech at Clayborn Temple. The I AM A MAN Plaza is located beside the Temple and features text from King’s speech in the sculpture.

Beale Street
Historic Beale Street has been the home of the blues – and a hub of Black life and culture – for over 150 years. Many of Memphis’ first Black-owned businesses were established on Beale Street. Pioneering musicians like W.C. Handy, Muddy Waters and B.B. King got their start in Beale Street clubs. Journalist and activist Ida B. Wells’ produced her anti-segregationist newspaper on Beale. City sanitization workers marched down Beale Street to oppose terrible working conditions. Between the smell of barbecue and the sound of blues music, you can easily imagine the historic moments and historical figures that have graced this iconic street.

Slave Haven Underground Railroad Museum
During the early to mid-1800s, Memphis was Tennessee’s largest slave-trading city. A German immigrant named Jacob Burkle established a stop on the Underground Railroad in his home near the banks of the Mississippi River in Memphis. Hidden inside the Burkle Estate are the dark passageways and trapdoors where he would hide enslaved men, women and children on their journey north. The estate now serves as a slavery and Underground Railroad museum, complete with information on the local slave trade and the messaging system and travel patterns of escaping enslaved people.

The Cotton Museum at the Memphis Cotton Exchange
In the 1800s, cotton was king in the South – but why, and how? Learn more about the local cotton industry and its impact on economics, society, culture and history. The museum also showcases the journey cotton takes from the field to becoming fabric.

Ernest Withers Collection Museum & Gallery
Dr. Ernest C. Withers, a native Memphian, captured the very essence of Memphis in photographs. You’ve no doubt seen his work; he photographed the “I AM A MAN” sanitation strike, legendary local musicians, integration at public facilities and much more. He took over 1.8 million photos in his 60+ year career, and his work appeared in The New York Times, The Washington Post, The TriState Defender, Jet, Ebony, Newsweek, Life, People and Time. The Withers Collection Museum & Gallery on Beale Street houses a gallery of his work, plus artifacts from his career.

Beale Street Baptist Church
“The Mother of Black Churches” was built in 1869 and was the first church in Memphis built for Black residents. It was also home to the first Black newspaper, Ida B. Wells’ The Memphis Free Speech. Two presidents, Theodore Roosevelt and Ulysses S. Grant, both visited the church. Beale Street Baptist Church was added to the National Register of Historic Places in 1971.

Stax Museum of American Soul Music
“(Sittin’ On) The Dock of the Bay” by Otis Redding. “Hold On! I’m Comin’” by Sam & Dave. “I’ll Take You There” by The Staples Singers. “In the Midnight Hour” by Wilson Pickett. “Theme from Shaft” by Isaac Hayes. “Walking the Dog” by Rufus Thomas. “Green Onions” by Booker T. & the MGs. “Mr. Big Stuff” by Jean Knight.
Those are only a handful of the hits that came out of Memphis’ own Stax record label. One of the coolest displays at the Stax Museum of American Soul Music is the Wall of Sound, where the walls are covered floor to ceiling with all Stax albums and singles. You can check out album art and listen to the music at listening stations. Elsewhere in the museum, you can check out soul music’s beginnings, boogie at the Express Yourself dance floor, and explore an exact replica of Studio A, where Stax artists cut their legendary records. The Stax museum is a thrill for all music fans.

W.C. Handy Memphis Home & Museum
Composer and musician W.C. Handy, known as The Father of the Blues, was Memphis’ first major musical success story. He wrote and published “Memphis Blues,” the first commercially successful blues song, and found success again a few years later with “St. Louis Blues.” He published his classic songbook, “Blues, An Anthology,” in 1926, which helped create the blues industry. The W.C. Handy House Museum is located on Beale Street, and be sure to visit the W.C. Handy Park and statue in the heart of Beale Street.

Check out more places to visit on the Memphis Travel website, and while you’re out and about, be sure to support Black-owned restaurants in town.

February is for Lovers 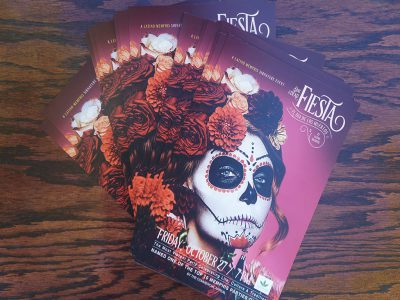