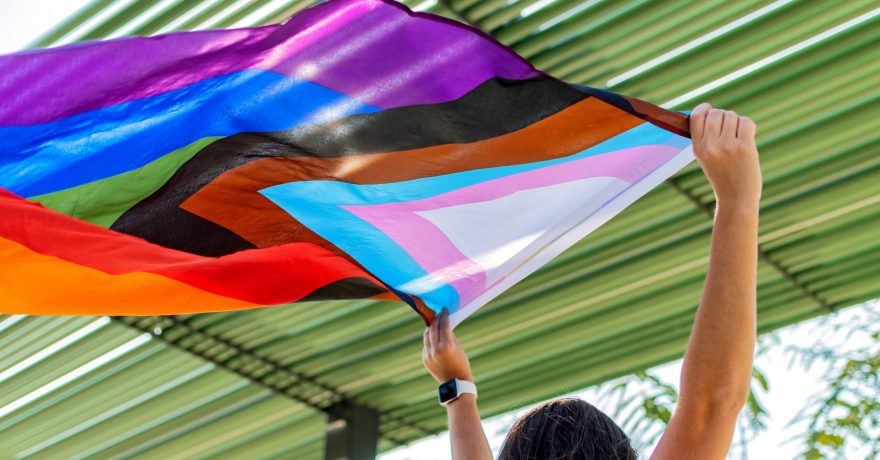 It’s Pride Month, and rainbow flags are everywhere – in yards, on bumper stickers, even on merch at your local department store.

Since the late 70s, rainbow flags have become synonymous with Pride. In the last 40 years, as more members of the LGBTQ+ community have come out and want to express who they are, more flags have been added to represent everyone. They each come with their own colors and meanings – but if you aren’t familiar with them, you might just see them as a bunch of colors. But, like rainbow flags, each of these flags has deeper meanings and matters so much to the people they represent.

Let’s take a look at all of the Pride flags and what they mean.

Rainbow LGBT Pride Flag – This is the flag that started it all! Created by Gilbert Baker and other activists in 1978, this flag originally featured eight colors of the rainbow, each with its own meaning. Hot pink stood for sex, red for life, orange for healing, yellow for sunlight, green for serenity with nature, turquoise for art and magic, indigo for harmony and violet for spirit. Today, the flag uses six colors; hot pink was removed, and royal blue replaced turquoise and indigo. Baker has redesigned the flag several times over the years, but this version of the flag has become the dominant symbol of the LGBTQ+ community.

Progress Pride Flag – In 2018, designer Daniel Quasar created a flag that is meant to represent everyone in the LGBTQ+ community, especially trans people, marginalized people of color, those living with HIV/AIDS and those who have died. The flag features the original six colors and includes a chevron pattern with white, pink, blue, brown and brown.

Lesbian Pride Flag – There are several Lesbian Pride Flag designs, but this is the most recent and most popular version. The flag features seven shades of pink, orange, white and red. The flag was created by Emily Gwen, and she says the colors stand for gender non-conformity (red), independence (orange), community (light orange), unique relationships to womanhood (white), serenity and peace (pink), love and sex (pink) and femininity (magenta). Other versions include a blue, white and purple design for butch lesbians, and a pink, white and red design with lips that represent lipstick lesbians.

Trans Pride Flag – This flag was created in 1999 by trans woman Monica Helms. The light pink and blue colors are traditional colors for baby girls and boys, and the white represents transitioning, intersex and neutral or undefined genders. There is no wrong way to fly this flag because, as Helms said, “no matter how you fly it, it is always correct, signifying us finding correctness in our lives.”

Intersex Pride Flag – Intersex Human Rights Australia, formerly OII Australia, created the intersex flag in 2013. The flag is yellow and purple, two colors that are regarded as intersex colors as they are neither pink or blue. The circle in the center is “unbroken and unornamented, symbolizing wholeness and completeness, and our potentialities,” according to the IHRA website.

Nonbinary Pride Flag – Created in 2014 by then-teenager Kye Rowan, the nonbinary pride flag features yellow, white, purple and black stripes. The yellow stands for folks whose gender exists outside of the binary, the white represents people with many or all genders, the purple represents genders that are a mix of male and female, and the black represents people who identify as genderless.

Genderfluid Pride Flag – The genderfluid pride flag was created in 2012 by JJ Poole. The flag stands for femininity (pink), masculinity (blue), all genders (white), lack of gender (black) and a mix of masculinity and femininity (purple). 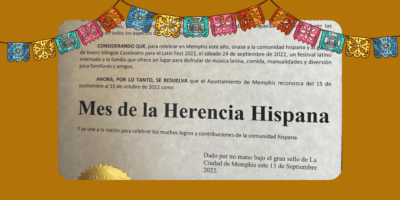 A First For the Memphis Latinx Community